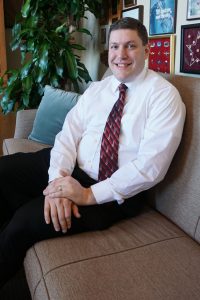 David has been involved with numismatics his whole life. He began working in a coin shop with his dad when he was a young child doing odd jobs and sorting pennies. His interest in numismatics then grew over the years. After graduating from Washington University in St. Louis in 2005 with a Bachelor’s Degree in Business Administration, he took a position at Harlan J. Berk Ltd. working in the United States Coin department. He helped build the department and significantly grew his expertise in the areas of U.S. coins and bullion. In his capacity as a professional numismatist, David has provided appraisals of various types, expert testimony and has consulted for the Department of Homeland Security.

In 2017 David left his position to work with Col. Pritzker and the TAWANI Enterprises team to establish Aurum Trading LLC. and build this company into a significant market maker in the Pre-33 gold market.

David is a member of the Professional Numismatists Guild, a life member of the American Numismatic Association and is the Vice Chairman of the Industry Council for Tangible Assets. 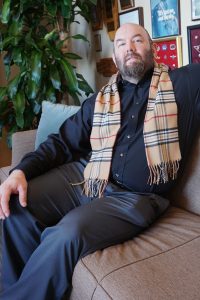 John has always been drawn to precious metals and began collecting in his early teens. He began working on the CME/CBOT floors in 1996 straight out of high school. To further his passion and education, he attended Illinois Wesleyan University, where he graduated with a Bachelor’s Degree in Risk Management & Finance.  Prior to joining TAWANI, John held a Series 7 General Securities Representative License.

Currently, John holds both the AIF (Accredited Investment Fiduciary) certification and the PPC (Professional Plan Consultant) designation through FI360. He has been managing Col. Pritzker’s personal coin collection for over 10 years.

John serves as an Investment Associate at TAWANI Enterprises and is the Operations Manager of Aurum Trading.